Zamioculcas is a genus of flowering plants in the family Araceae, containing the single species Zamioculcas zamiifolia 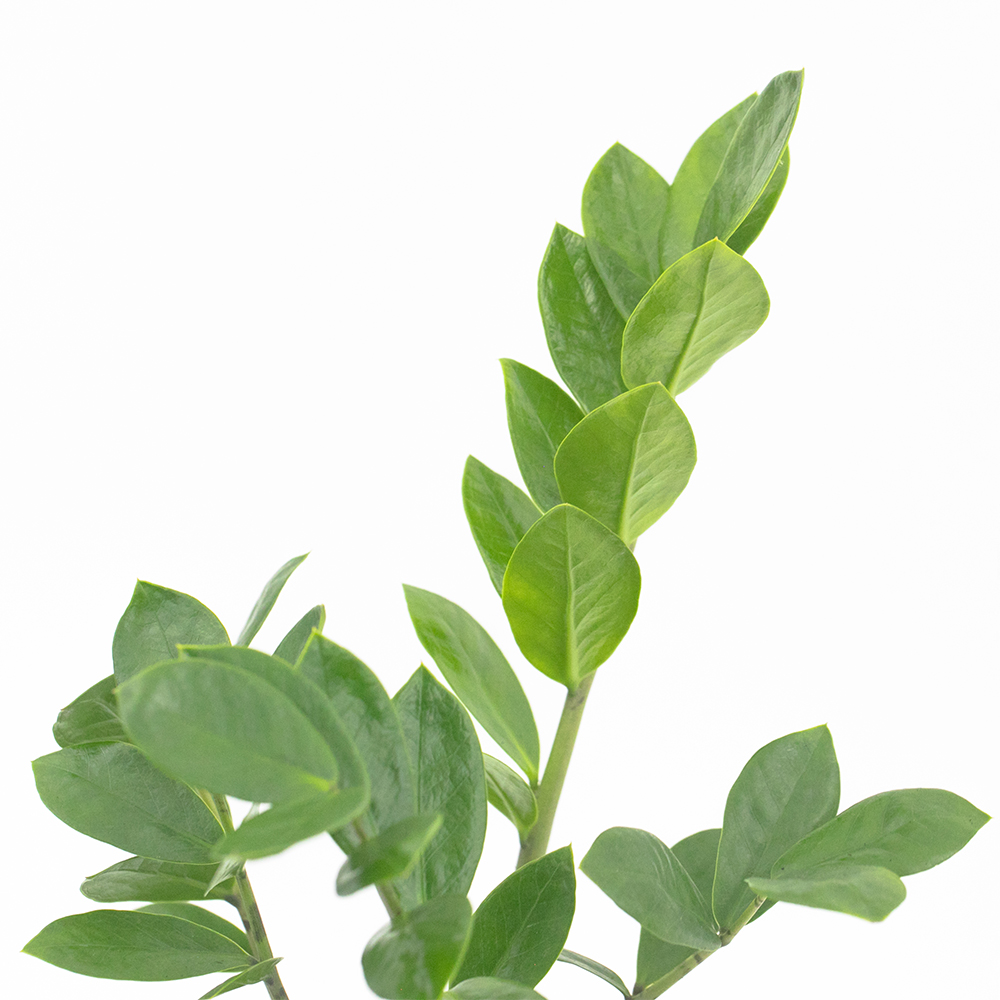 It is a tropical perennial plant native to eastern Africa, from southern Kenya to northeastern South Africa. Common names include Zanzibar gem, ZZ plant, Zuzu plant, aroid palm, eternity plant and emerald palm. It is grown as an ornamental plant, mainly for its attractive glossy foliage and easy care.

The roots of the plant are rhizomes, which is the reason behind the plant being drought tolerant as the rhizomes store water in it that the plant can use later. Thus the plant should be watered only when it is dry to avoid overwatering. They require a good drainage system and can live in moderate to indirect sunlight. Insufficient sunlight can be indicated by leaf lengthening. It is a herbaceous perennial growing to 17.7–23.6 inches tall, from a stout underground, succulent rhizome. It is normally evergreen, but becomes deciduous during drought, surviving drought due to the large potato-like rhizome that stores water until rainfall resumes. The leaves are pinnate, 15.7–23.6 inches long, with 6–8 pairs of leaflets 2.8–5.9 inches long; they are smooth, shiny, and dark green. The stems of these pinnate leaves are thickened at the bottom.The flowers are produced in a small bright yellow to brown or bronze spadix 2.0–2.8 inches long, partly hidden among the leaf bases; flowering is from mid summer to early autumn.

Zamioculcas zamiifolia contains unusually high water contents of leaves (91%) and petioles (95%) and has an individual leaf longevity of at least six months, which may be the reason it can survive extremely well under interior low light levels for four months without water. 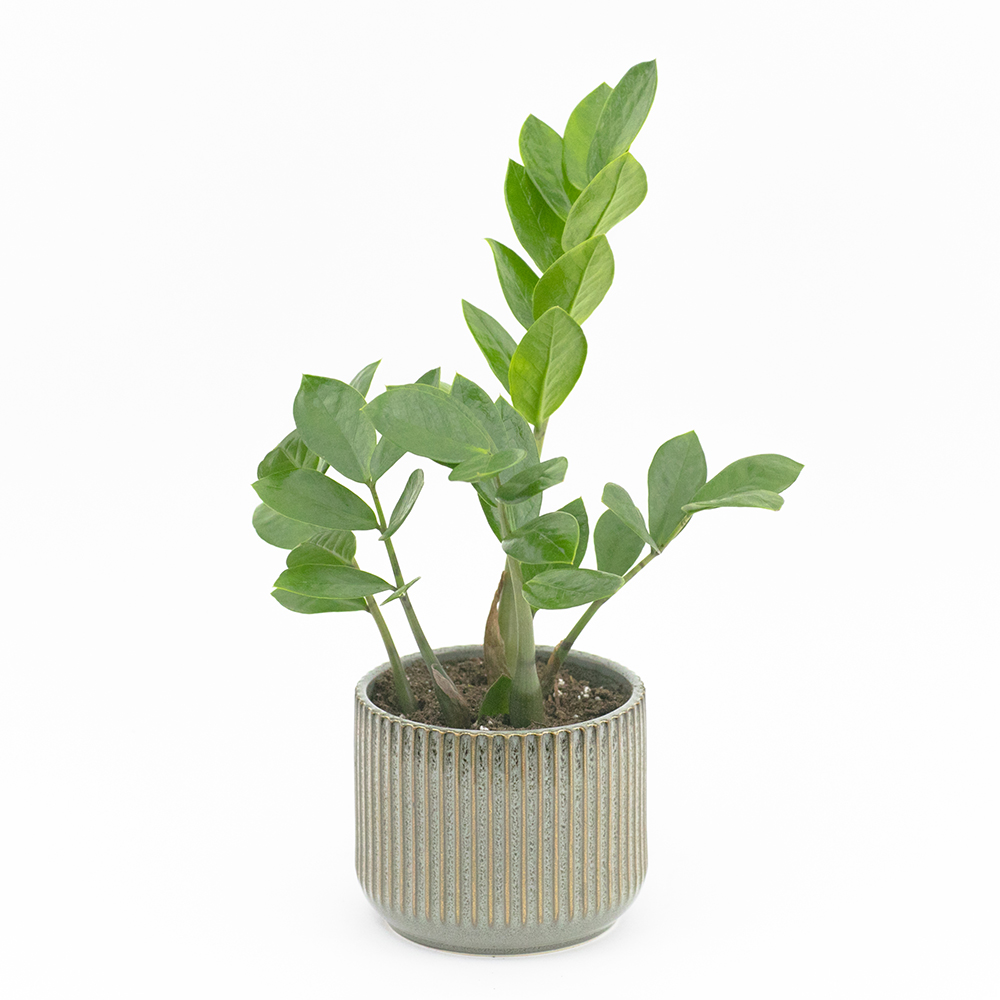 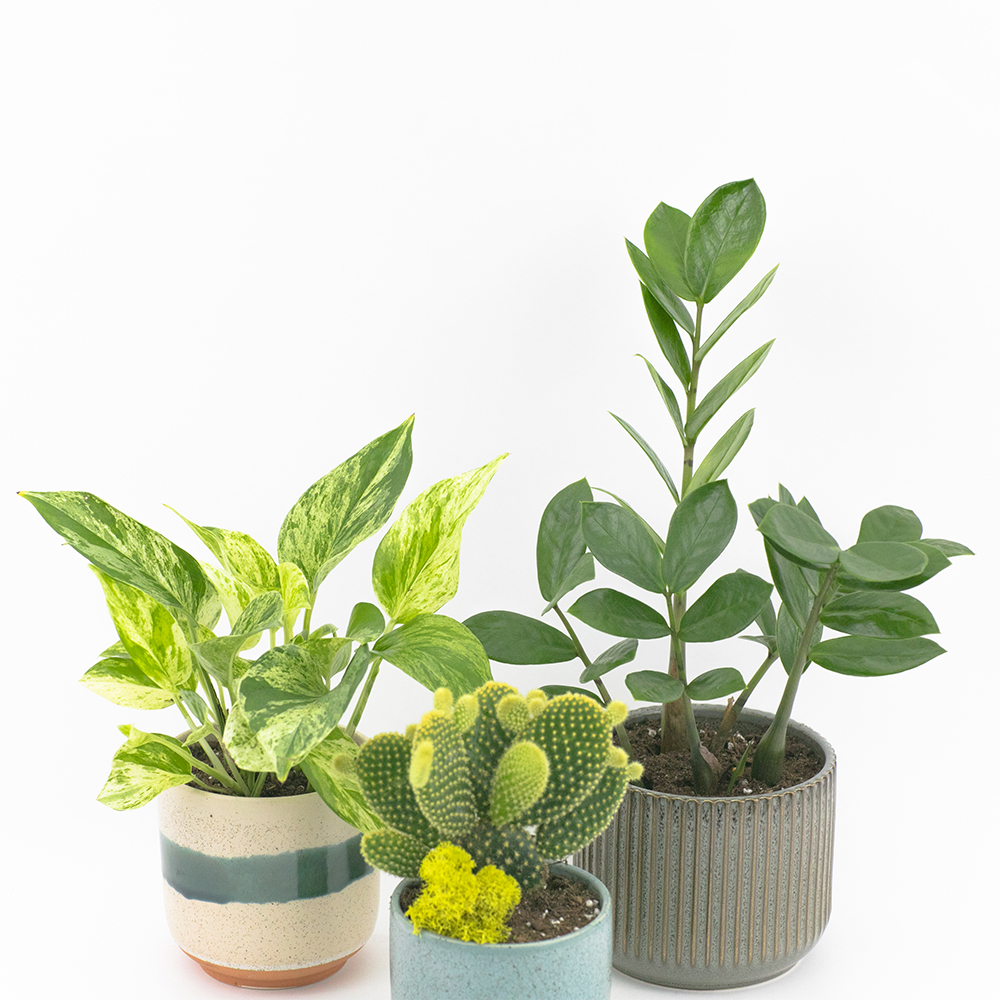 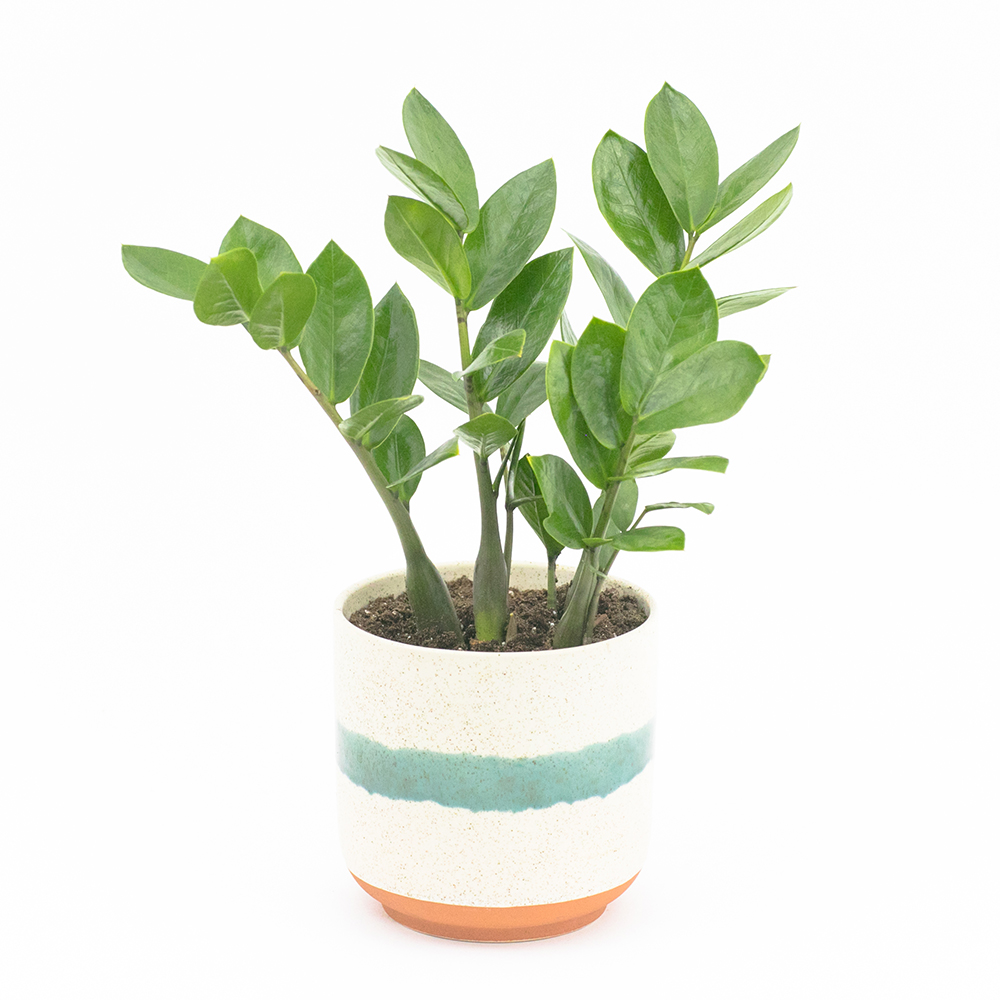 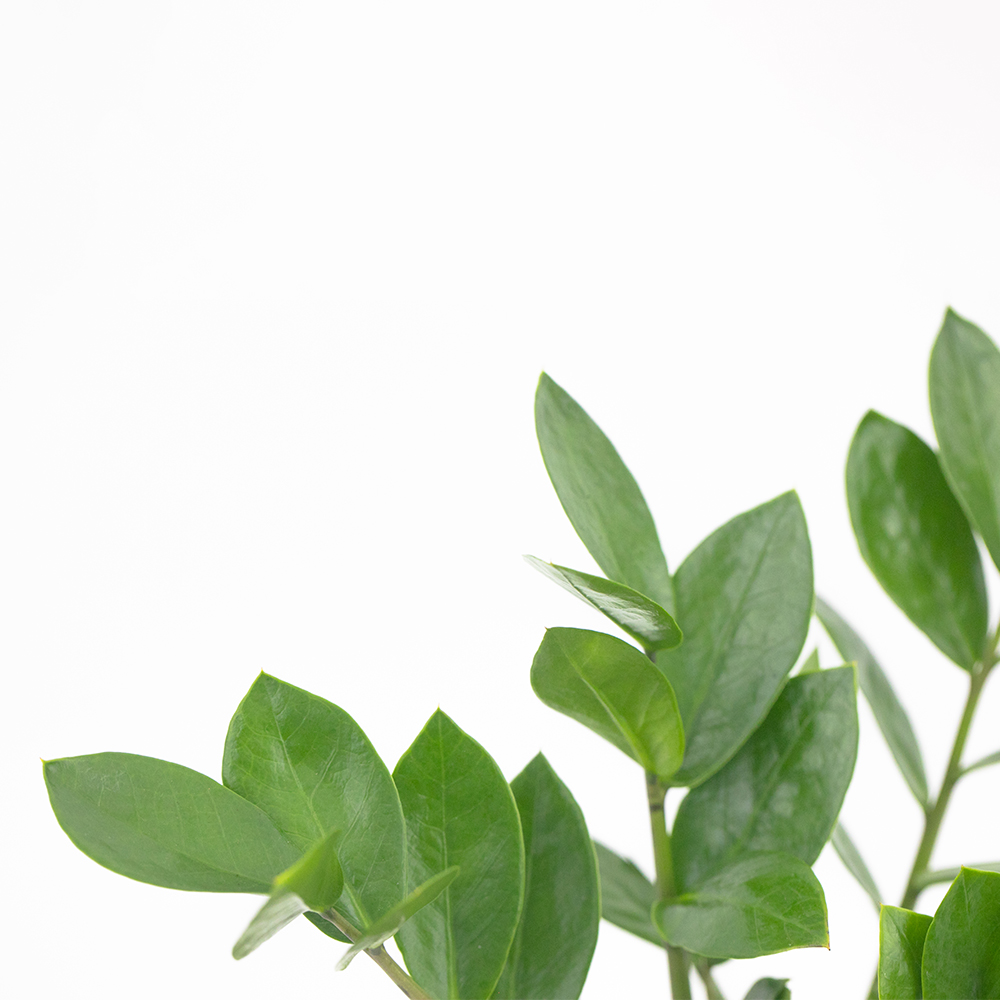 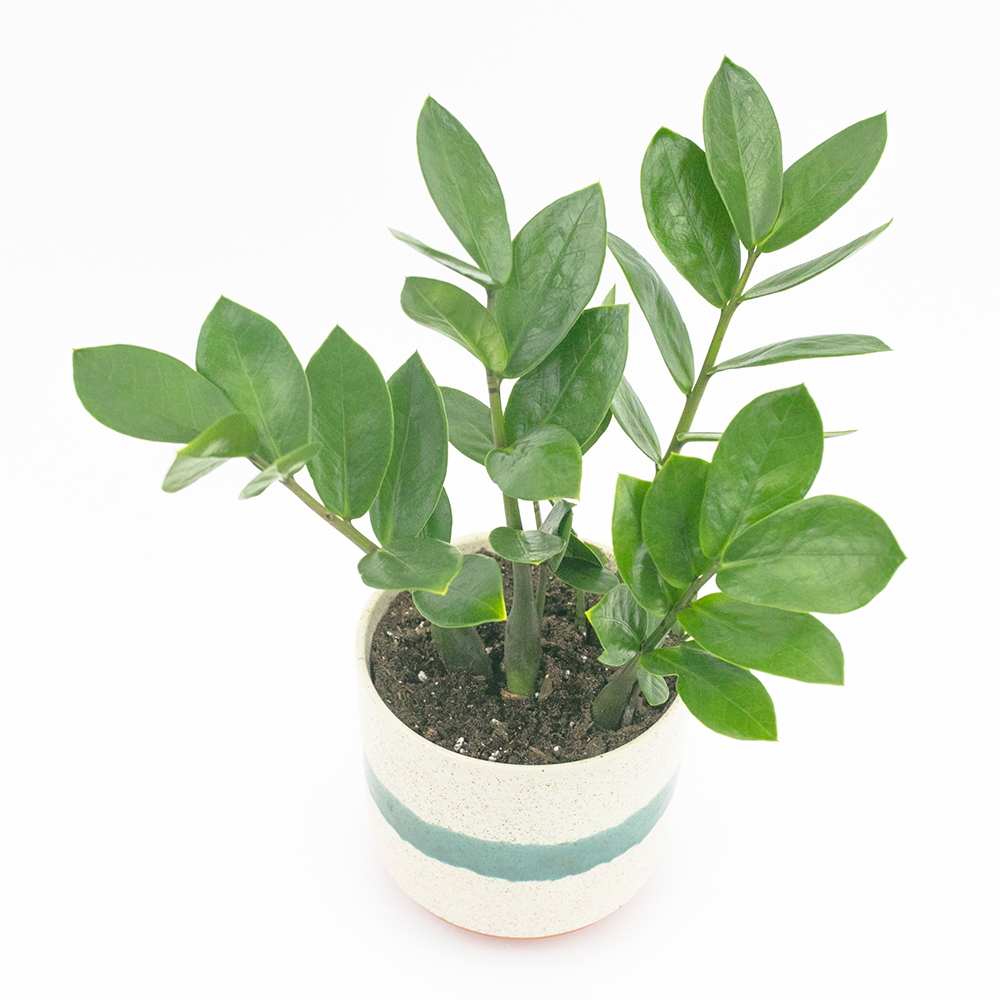